Almost half of today’s youth believe their jobs could be gone in the next 10 years, but young people living in middle-income economies say they’re ready to make the jump into the Fourth Industrial Revolution. The youth of Brazil, India and South Africa lead the world as the most confident emerging workforce, followed by China and the United States.

A recent report, published by Infosys during the World Economic Forum’s Annual Meeting this year, shows a substantial gap between the confidence of young people in middle-income nations and those of developed nations. Whilst 74% of Brazilians were either optimistic or very optimistic about their future, only about half of Europeans and Australians could say the same. 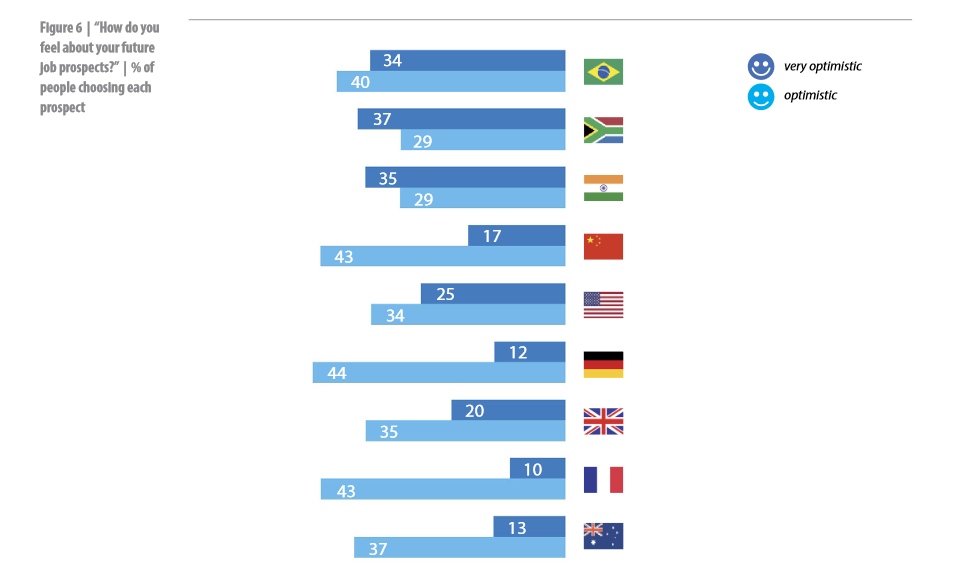 Worldwide, young people agree that that globalization is the driving cause for an ever more competitive job market. Countries where tech jobs are in high demand were particularly feeling the pressure. Germany and India both averaged 75%.